The STEP Assistant is a product of STEP Fusion Solutions, a company that creates products and solutions for aging seniors, including those with memory loss, that are simple to use and affordable for anyone who needs them. As people mature beyond middle age, it often becomes more difficult to master new technologies, and then seniors fall behind. Instead of technology improving older adults’ lives, the complexity of products actually widen the quality of life gap between young and older adults.

THE PROBLEM: The latest technologies and current devices are almost all built with young adults through middle-aged users in mind. Smartphones, tablets, and smart home systems are all relatively complex, require significant skills to master, and change constantly. When you introduce memory loss, the ability to use most technological devices only gets worse.

OUR SOLUTION: The STEP Assistant seeks to eliminate the learning curve needed to use modern devices and applications, which are now at the heart of communication and socialization.

The STEP Assistant was developed by Maryland-based engineer Bruce DeShong as a way to improve the lives of people experiencing memory loss. Bruce saw his mother suffer from Alzheimer’s Disease and pass away in 2012. Then his father declined and faded away with Dementia in 2014. While his aging parents’ health was failing, Bruce became frustrated with how little could be done to help his parents as they became unable to perform basic, everyday tasks. It also underscored the critical link between seniors’ ability to communicate consistently with family and the peace of mind of everyone involved.

Bruce had spent years developing sophisticated communications and predictive artificial intelligence(AI) for military and commercial use, completing projects for NASA, the U.S. Government, and the Boston traffic system. He experienced the problem of senior monitoring and communication first-hand with his parents, and decided the time was right to apply his skills in a new direction.

Device prototypes in the STEP Assistant lineup of products that help people with memory loss were developed in 2018 and introduced in 2020. 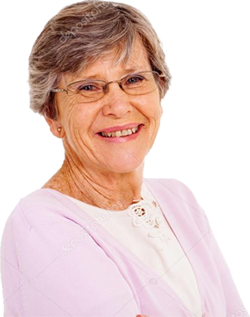 There are only four kinds of people in the world

Senior lifestyle and care tools have not kept pace with technological advancement, until now!